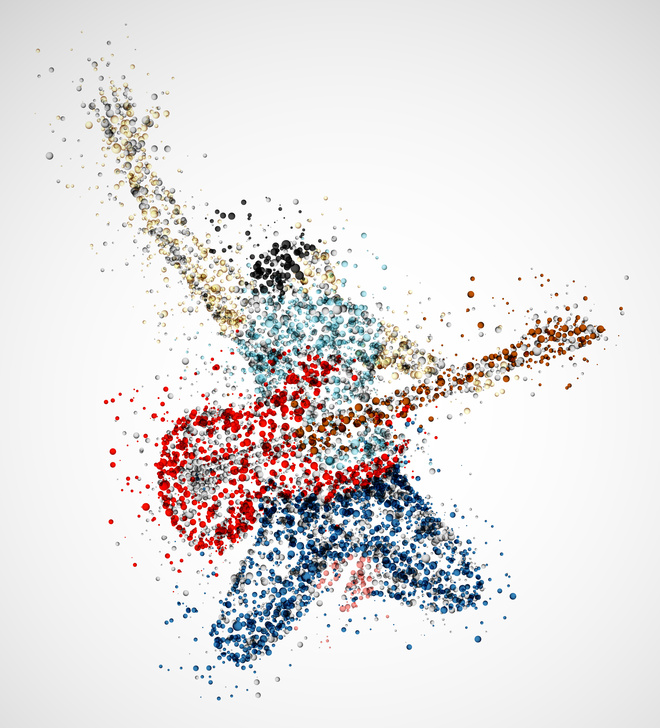 Now that you’ve mastered alternate picking, power chords, and a few major, minor, and pentatonic scales, you might think it’s time for a gig. However, even if you’ve got a few songs down really well, you’ve probably noticed that they don’t sound very much like what you hear on your favorite songs, and on the radio. That’s because most of the artists you hear are using electric guitar pedals. Whenever an electric guitar doesn’t sound natural, it’s thanks to some expert manipulation at the hands and feet of the musician.

Here are a few of the more popular electric guitar pedals out there. You might consider trying one or two of these to see how you like the sound.

Using an overdrive pedal can help you get that specific “crunch” sound, harmonic overtones, or a bluesy drive, depending on how you use it. It’s a common effect in rock music, but it can easily be applied to other genres as well.

Once you hear a guitar distortion pedal being used, it will immediately call to mind some of your favorite hard rock and heavy metal songs. Distortion pedals do what their name implies — they distort the sound.

The fuzz pedal created a signature sound for Jimi Hendrix, and so it has a strong connection to 70’s rock ‘n roll. Again, like the name, a fuzz pedal tends to “fuzz” up the sound of the guitar.

Delay pedals take the original sounds you have played, and after a specified amount of time, will play them back. You can specify how many times a sound repeats, and how long each repeat lasts.

The wah, or wah-wah pedal, is used in everything from funk music to metal. Now go ahead ans say “wah-wah.” That’s the sound that this pedal tends to create.

There are also guitar multi effects pedals that will give you the option of using multiple effects, all on the same pedal. Once you’ve mastered guitar effect pedals, you may want to try guitar pedal kits. They give you the ability to build electric guitar pedals from scratch. All of the electronic components are supplied.

The five pedals listed in this article are just a small sample of what’s out there. Booster pedals can distort notes, or raise their volume, and then there are compressors, phasers, flangers, and much more. If you want to experiment with an almost unlimited number of effects, sounds, and musical impressions, then guitar pedals are the way to go. Read this for more.